A Machynlleth woman has celebrated her 100th birthday at a care home with friends and family.

Derwena Owen, who turned 100 on 6 March, enjoyed a weekend full of celebrations -including a party at Cartref Dyfi care home.

Alongside her loved ones, she was joined for the celebrations by the town's mayor, Tony Jones, and councillor Michael Williams.

Born in Carno, Derwena met her husband Richard in March 1942 at a whist drive and married later that year in Newtown Methodist Chapel. They have two children - Arwel and Carys - and seven grandchildren. During the War, the couple welcomed three evacuee boys from Birkenhead to stay with them and help them on their farm, one of whom stayed long-term and they became lifelong friends.

When asked about her life, Derwena said: “I’ve lived a life of enjoyment and I have always done my best for everyone who came into my life. I am truly blessed with lovely friends and family.”

In addition to the party, she enjoyed a meal out with her family at the Brigands Hotel.

Service manager, Beverly Holt, said: “It has been an absolute pleasure to share Derwena’s special day with her. Since moving here in April 2020, Derwena has become very popular with all the other residents. She is very sociable and we all love to hear the stories she has to tell.”

Cartref Dyfi is located in the centre of Machynlleth and provides residential care for up to 28 older people including those living with dementia. 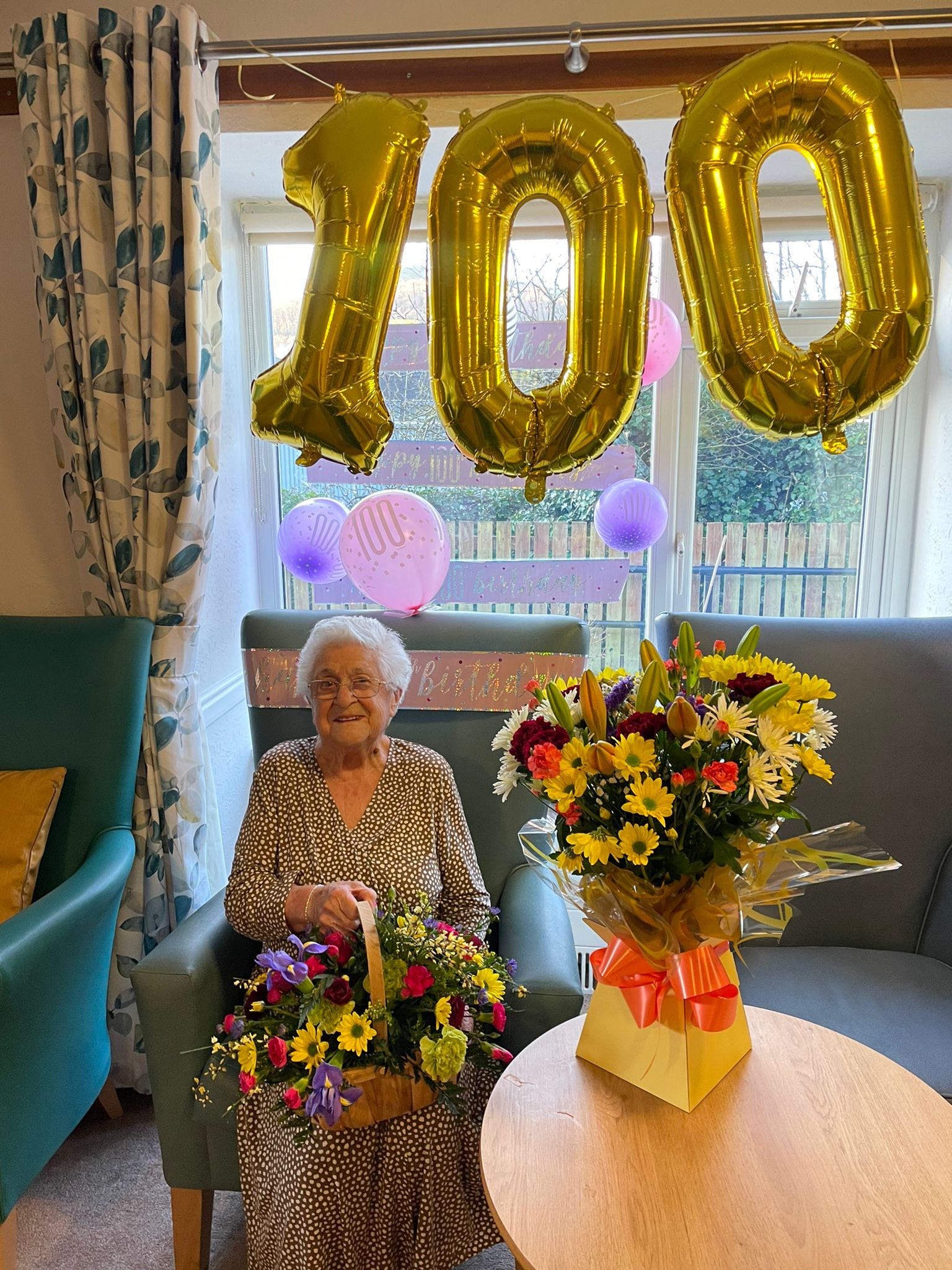