Beryl’s school, near London, was closed due to the second world war starting and her alternative plans to become a dress maker did not materialise because of family circumstance.

Her outstanding school records must have been spotted by Bletchley Park, famous for their code breaking, as they asked her to join their ranks. She was quickly tasked with breaking codes and recalls that they were asked to make deliberate mistakes to prevent the enemy from learning their patterns. She continued to work there until the war ended and remembers her encounters with Alan Turing who was there at the same time.

After the war, Beryl married and travelled to Rwanda with her husband where he trained teachers and she made the children’s uniforms and taught others needlework. While there, Beryl learnt the native language of Kinyarwanda and she raised their 4 children. They once climbed one of Rwanda’ s volcanoes narrowly missing it erupting three days later. 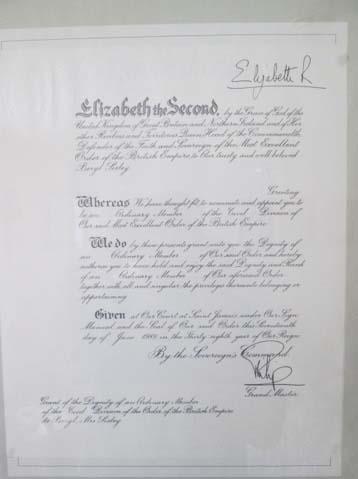 Beryl recalls being asked to return to Britain in 1991 where the Queen awarded her and her husband MBEs for their services as missionaries. Beryl’s husband sadly passed away that same year so she decided to go back out to Rwanda to complete the work they had started together. 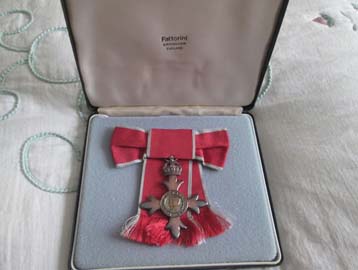 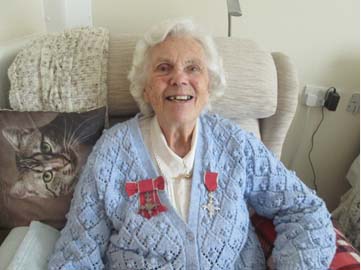 Back to News Feed

Shaw healthcare continues to look after our residents and accept admissions whilst following the relevant COVID-19 guidelines for England, Wales and Scotland. We can facilitate virtual visits to our homes so please contact us if you are looking for care.

Please be reassured we are reviewing Government guidelines on a daily basis and already making preparations to offer visits to loved ones in a safe manner as soon as relevant national Government and Public Health guidance allows. Further guidance on visiting will be published on our website.

We would like to thank you for your continued patience.