A dog that suffered severe abuse while living on the streets in Lebanon has struck up a special bond with a Steyning woman after she was rescued by an animal welfare charity.

Maggie was rescued from Lebanon and relocated to West Sussex after she was found seriously injured by volunteers for the Wild At Heart Foundation charity. Her injuries were severe, having been blinded by a gunshot, had one ear cut off and suffering a broken jaw, as well as and other serious injuries.

After being treated and re-homed by Brighton woman Kasey Carlin, Maggie has begun training as a therapy dog and has developed a close bond with local resident, Anne Smith, who lives at Croft Meadow care home. Maggie visits the home regularly and, despite being blind, is able to find her way to Anne’s room, where the 82-year-old gives her treats.

Maggie’s story, including her friendship with Ms Smith, recently caught the attention of producers on the BBC’s ‘The One Show’ who got in touch with Maggie’s new owner for permission to film the two together. Filming took place last week for the programme that is due to be screened on 15th May.

Maggie is also undertaking the Kennel Club’s ‘Good Citizen’ dog training programme, recognised as a ‘gold standard’ of behaviour training for dogs in our communities and a prerequisite for many therapy dog groups.

Sharalee Thrumble, home manager at the Shaw healthcare operated Croft Meadow, said: “Despite Maggie’s horrific injuries, she is so playful and full of life. Her new owner decided to bring her into the home and she immediately clicked with the residents, especially Anne.

“The friendship between them doesn’t only serve to highlight Maggie’s story, but also shows how interaction with animals can have a genuinely positive emotional benefit for residents like Anne. Like many of the residents, she used to have pets of her own, so being able to play with Maggie helps bring back happy memories for her. At Croft Meadow, we are always keen to promote wellbeing initiatives outside of the norm – and the success of this friendship is a great example of that.” 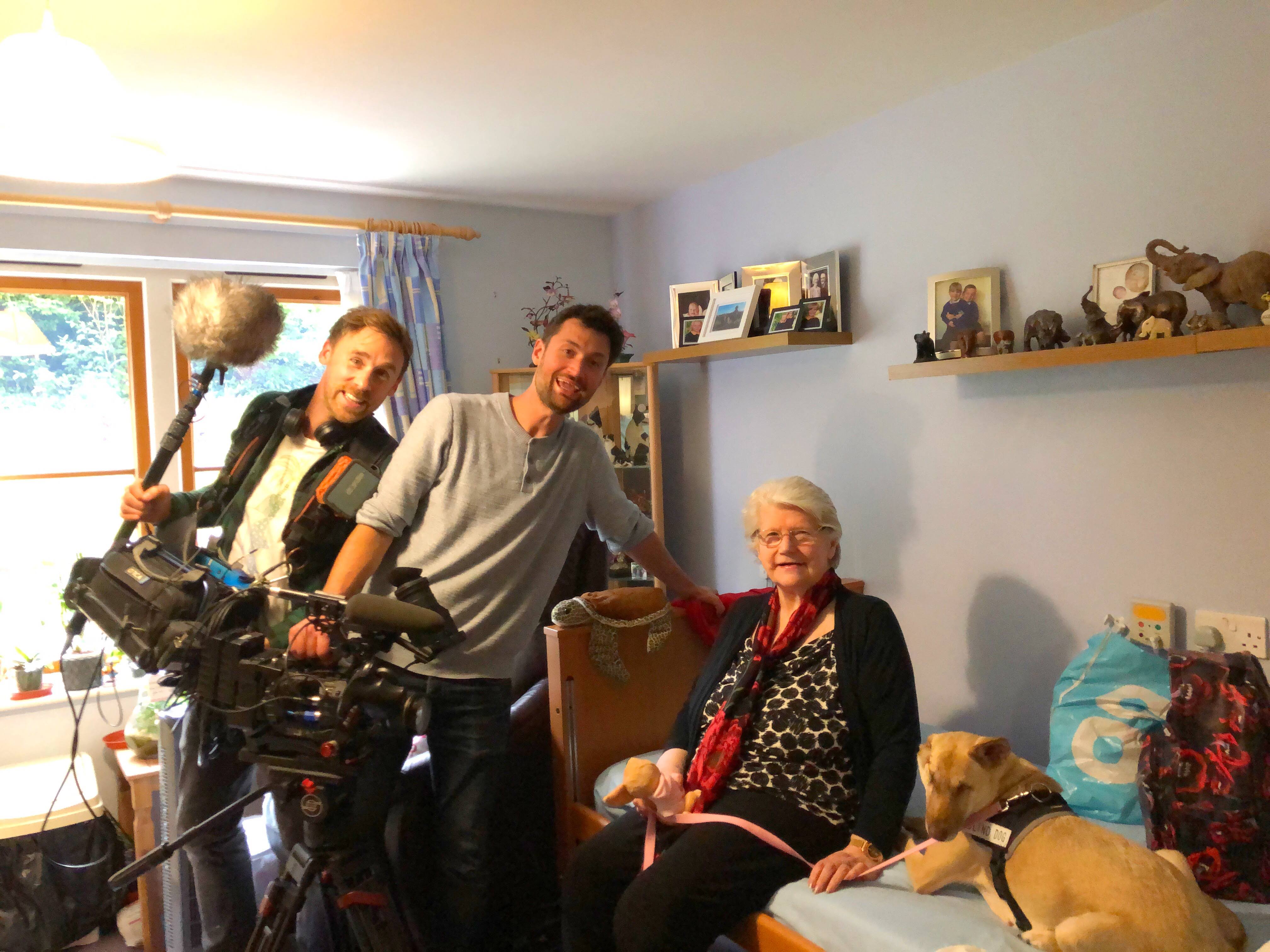 Back to News Feed